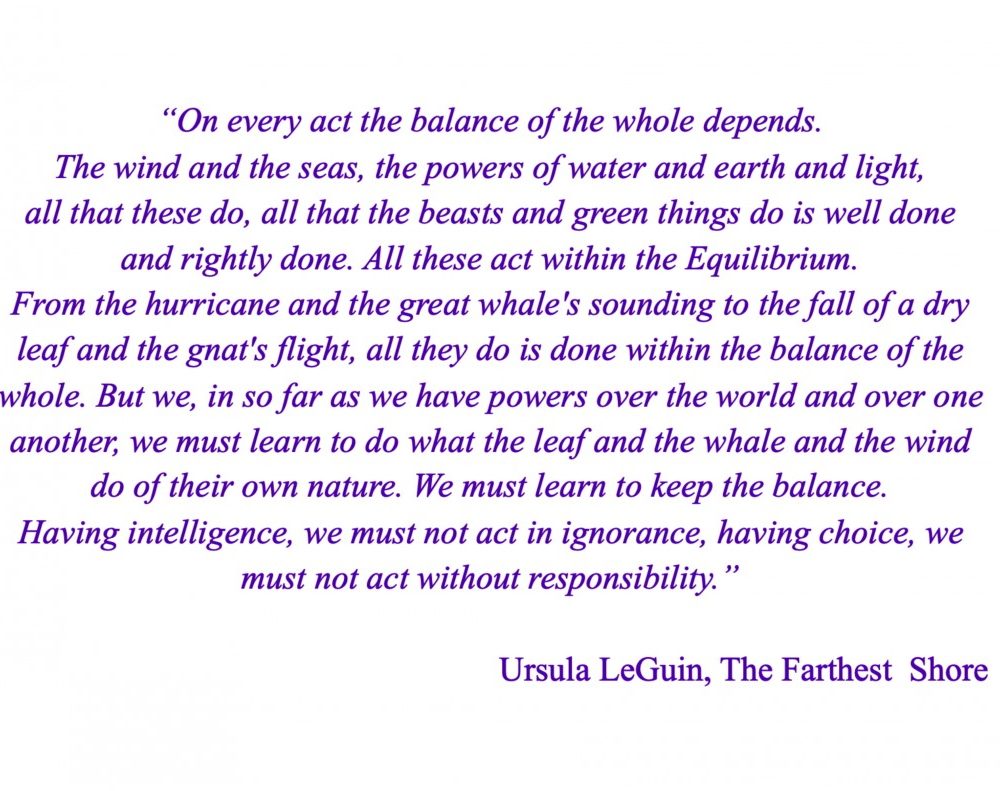 Climate change is now a serious global issue threatening the very survival of human society and the world as we know it. Caused by the emissions of carbon dioxide gas from the burning of fossil fuels, tropical deforestation and destruction of peat bogs, as well as methane emissions from the world’s livestock population and thawing permafrost, it is creating extreme weather events, rising sea levels and changing patterns of rainfall.

These phenomena are already proving disastrous for many parts of the world, including low-lying Pacific island states, the Arctic polar region and tropical coastlines that have been devastated by hurricanes and cyclones. This has come about because our modern day society operates under the illusion that we are separate from the rest of Nature, and that our actions do not have a significant impact on the world. By contrast, almost all other cultures throughout history had a different world view, in which humans were recognised as an intrinsic part of the web of all life.

In this presentation I draw upon the wisdom and knowledge of many indigenous cultures around the world to illustrate their common understanding of the interconnectedness of all life. Even in our modern western world, there have been clear indicators of this essential truth, from the insights of quantum physics to Rachel Carson’s landmark book, Silent Spring, which showed how pesticides spread through food webs, poisoning people and birds, instead of the insects they were targeted against. Those understandings have not been incorporated into our mainstream culture though, which instead has continued on its misguided pursuit of endless economic growth.

Climate change then, because of its overarching threat to the planet, is the driver which will finally enable this consciousness of the oneness of all life to be incorporated as a central tenet in our culture. This is an essential step to successfully navigating our way through the crises we are currently facing, and I also articulate the need for us all to become indigenous to Planet Earth, instead of acting (as our culture does today) as if there is no tomorrow. The presentation also covers some of the positive events currently taking place, including the strikes for the climate that have been launched by school children all over the world, and the recent declaration by the United Nations of the years 2021-2030 as the Decade of Ecological Restoration.

If you would like me to give this talk to a group or at an event, please contact me.

The release into the wild last night of #kakapo Toiora and Huhana-2-A-19 is a big moment for us: all birds affected by aspergillosis are now back where they should be. Huge thanks to everyone who helped get them there - it's been a long road! #disease #conservation #parrots

This is a wonderful graphic from @RewildingEurope on the important place of wild boar in European forests.

Wild boar is one of ~120 species which are extinct in Ireland due to human activity. 🐗

Gir National Park in Gujarat, has seen almost 100 per cent increase in the numbers of the big cat in the last five years. The lion census, set to be released in May by the Gujarat government, reflects that their numbers are likely to cross 1,000 lions. https://www.newindianexpress.com/nation/2020/feb/19/asiatic-lion-population-set-to-double-in-india-2105458.html?fbclid=IwAR3LuppAGdnLTdaEb0AE59YpvQzOkfeSESurZ_V0Mr9ESXjmddhogWiwnVg