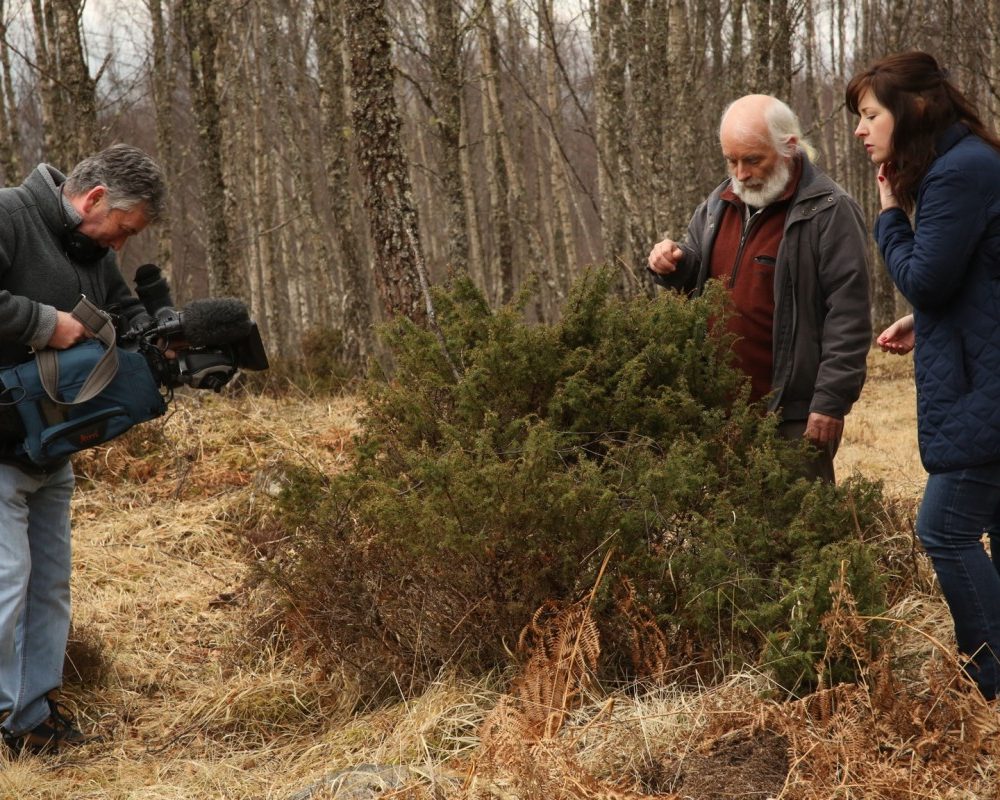 Over a period of many years I have been filmed regularly for television programmes and have been featured in radio interviews, both in Scotland and as far afield as Tierra del Fuego at the southern tip of Argentina.

I’ve developed and cultivated the skill to speak with clarity and confidence in public settings, and in front of a camera or microphone. I am able to communicate my passion and inspiration for the natural world and its restoration in a way that is readily accessible to listeners and viewers, and which can touch people deeply.

This is the news item that resulted from the filming shown in the photograph above:

There is a real skill and knack to speaking in a media-friendly way in this day and age of sound bites and short attention spans. It’s vital to communicate the essence of an idea clearly and succinctly, to make the most of any opportunities that arise in order to obtain good exposure in the media, and to tell a meaningful story that lands with the audience. All the public speaking I’ve done during the past four decades has given me a depth of knowledge and understanding of the best way to truly communicate from the heart that has consistently led to very positive feedback from television and radio professionals.

Return to the main About Me page.

I'm delighted to be giving a presentation about the Caledonian Forest and some of its species as part of this project to provide inspiration to primary school-age children about Nature. It's online on Saturday 23rd January at 5.00 pm.

☮️ We believe that nuclear weapons are immoral, ineffective and expensive.

❌ In times of imposed Tory austerity, the £205 billion wasted on Trident would be far better spent on improving healthcare, education and building a better future for our children. https://twitter.com/CNDuk/status/1352534256396984320

The Nuclear Ban Treaty is here!

For the first time, nuclear weapons are illegal under international law.