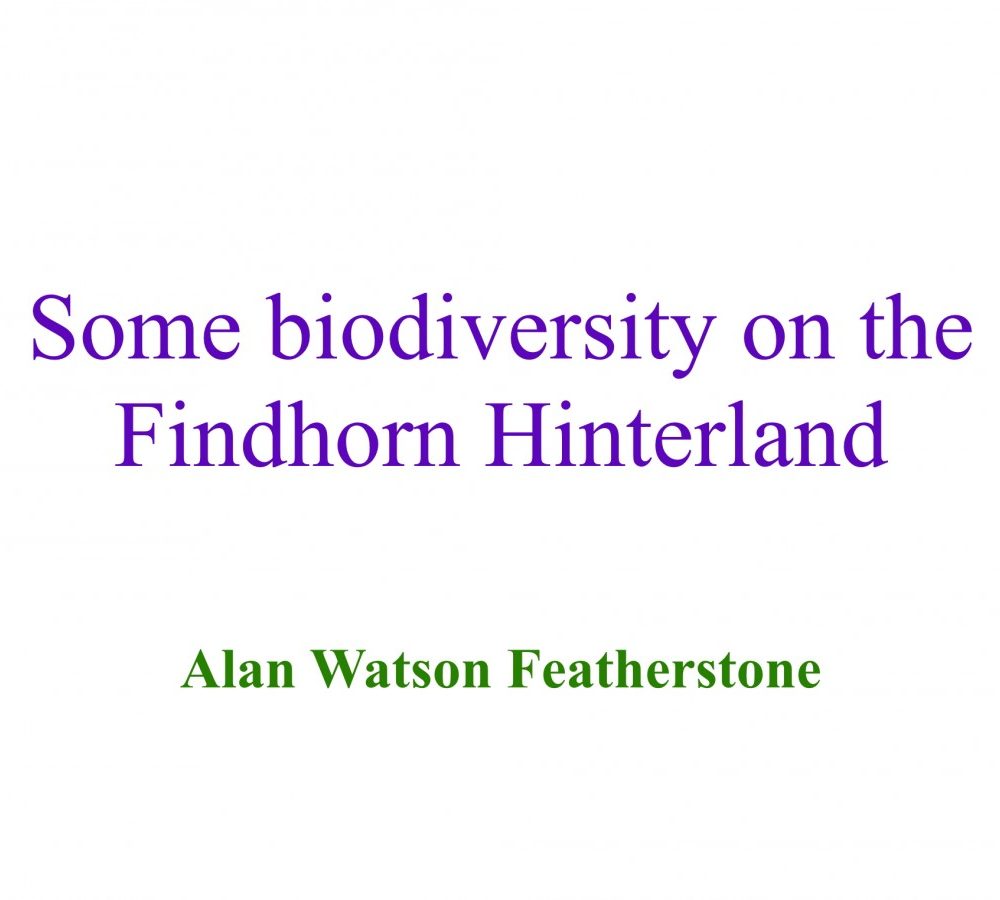 The Findhorn Hinterland is an ecologically-rich area of sand dunes, lichen heaths, woodland and other natural habitats on the Findhorn peninsula on the Moray Firth coast in northeast Scotland. It is nationally important for its diversity of lichen species, with over 180 recorded there, including some that are Nationally Rare and endangered, as well as a species of lichenicolous fungus that has not been recorded anywhere else in the UK.

The Findhorn Hinterland Trust is a small local charity that has management responsibility for a key part of this area, and in my role as one of the charity’s Trustees I have a particular interest in, and focus on, the remarkable biological diversity of the site. This presentation highlights some of the wide range of species that occur there, especially the smaller organisms that are often overlooked.

This inspiring and illuminating talk covers a large variety of different fungi, invertebrates of all sorts, from spiders and sawflies to aphids and ladybirds, and the interesting and unusual ecological relationships that link many of these organisms to each other, through processes such as the formation of galls, parasitism and predation.

Special attention is given to some of the rare and unusual lichens that are a key ecological feature of the area, with many photographs illustrating both the diversity of species and the spectacular miniature ‘forests’ that they form in the dune heath areas. This presentation provides a literal eye-opening experience of the very special ecosystems on this part of the Moray Firth coast, which are largely unknown to most people, and which are highly threatened in other coastal areas of Scotland.

If you would like me to give this talk to a group or at an event, please contact me.